Are you a Flete Baby?

Last week I heard in a conversation at Mothecombe Teahouse that one of our guests staying at Nepeans cottage was a Flete baby, returning to the Flete Estate to celebrate her 70th birthday. What is a Flete baby? During the World War II, Flete House was requisitioned as a maternity hospital for Plymouth following the bombing of Freedom Fields hospital. About nine thousand babies were born at Flete, and each mother was visited personally by Lord Mildmay who was still living there, and given a signed photograph of Flete as a memento. After the war ended, Flete continued to fill the role of Plymouth’s maternity hospital until 1956, when repair works to Freedom Fields were complete. 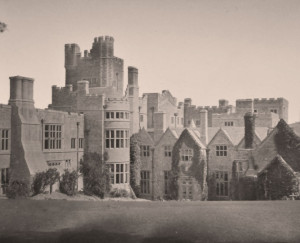